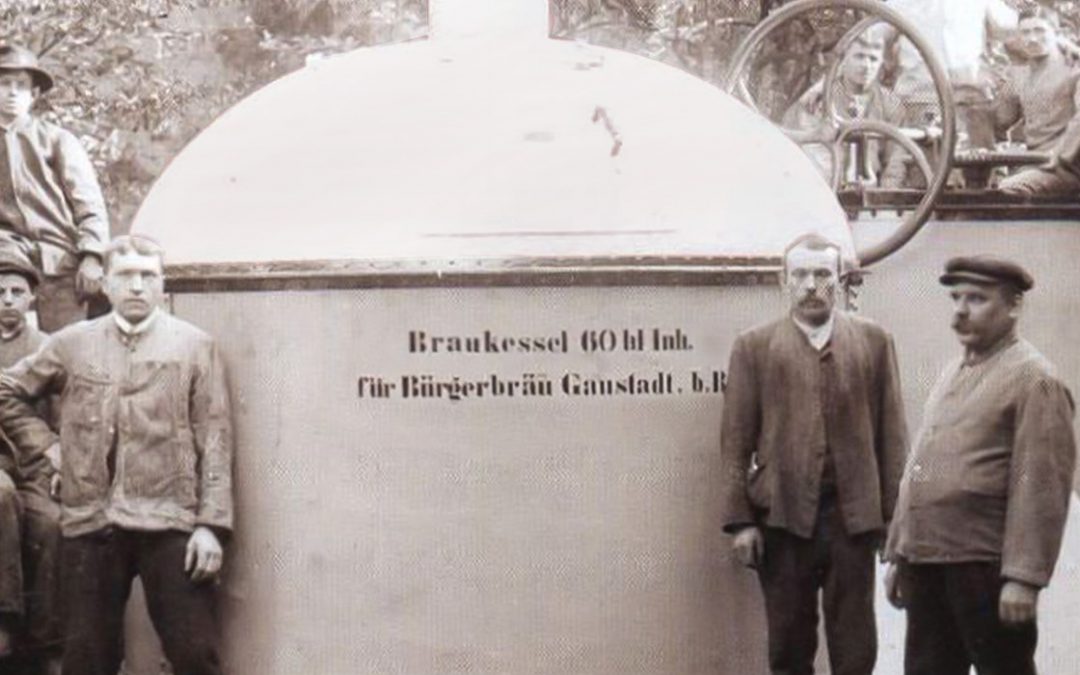 The Kaiserdom Specialitäten Brauerei Bamberg has existed since 1718 and is the largest of the twelve breweries in Bamberg. It has been owned by the Wörner family for over 100 years. 1039 Beer has a long tradition in Bamberg. The first documentary mention goes back to the.

Beer has a long tradition in Bamberg. It is presumed that the Benedictine
monastery on Michaelsberg was already brewing in 1122. The first documentary
mention was made as early as 1039, when the Bamberg Domherr Ouldaricus
decreed that there should be free beer for the Bamberg citizens on the day of his death.1489

The princes of the Land were already concerned about the good quality of beer.
Thus, in 1489, Prince-Bishop Henry III. issued the Bamberg Purity Law ,
stating that “nothing but hops, malt and water were to bes used in brewing beer” – already
27 years before the Bavarian Purity Law was issued.18 Jhd.

The to becoming a beer city succeeded in Bamberg in the 18th century.
Especially during the Schönborn period, under
Prince-Bishop Lothar Franz (1693-1729) and Frederick Karl (1729-1746) of Schönborn, trade
and crafts were strongly promoted; something like an economic
miracle took place.1718

In the course of these flourishing years the brewery was founded, which is noted in the protocol
book of the monastery of Michelsberg from the year 1718. At that time there
were already three taverns in the village of Gaustadt, which had a population of 300. One of them belonged to
the Benedictine monastery of St. Michaelsberg in Bamberg – and for this tavern the innkeeper
at that time Georg Morg was granted.1900

After the marriage of Monika Müller, one of Anton’s four daughters, and the brewmaster Georg Wörner,
son of the brewer Michael Wörner from Erbach in the Odenwald, the brewery was handed over to
the two as successors resp. sold. The brewery was now called “Brauerei Wörner”,
later “Bürgerbräu Gaustadt“. Since that time the brewery has been owned by the Wörner family, now in 4th Generation.1953

In 1953 Georg Wörner handed over the business to his two sons Theodor and Ludwig.
At that time the brewery had an annual output of about 6,000 hl.
1956

In the course of the following years the output could be constantly increased (from 1956 also
soft drinks are produced), so that the brewery became too small in the mid-60s,
and for extensions there was no longer any possibility at the old location. Theodor and Ludwig Wörner
therefore made the courageous decision to create a completely new brewery on the green field site.1969

After two years of construction, the first brew beer was produced in the new brewery in March 1969.
In another three stages of construction in the following years, the brewery reached its present
size with around 55,000 sqm and a production capacity of approx. 300,000 hl.1972

As part of a regional reform, the formerly independent municipality of Gaustadt was incorporated into Bamberg.
In this way, the considerations of including Bamberg and its sights in the
brand appearance of the brewery also began. New beer varieties called “Kaiserdom” were
created. In the first “Kaiserdom Pilsener” was served to the church fair with great success.1978

After the sudden death of Ludwig Wörner on 22nd March 1978, his son Georg Wörner joined
the company. At that time, Georg Wörner decided not only to sell the beers throughout Germany,
but also to continue to expand the international export of Kasierdom beer. Today, it is exported
worldwide, and there are licensed productions in China and Sweden.1986

On 1st . January 1986 Georg Wörner and his family took over the sole ownership of the company in the third generation.1998

To safeguard the company’s attained size and strengthen its future orientation, the new business
sector “Technics + Technology” was developed and partnerships in the areas of contract brewing
and contract filling were concluded with numerous German breweries.2016

Investment in technology, quality and sustainability. The installation of eight new fermentation and storage tanks,
a centrifuge and a new yeast propagation system are an important step towards saving
CO2 and relieving the burden on the brewery’s waste water.2018

50 years after the first brew from the newly built brewhouse in 1969, a new brewhouse by Krones
was built in 2019 with the latest state-of-the-art technology. In addition, a de-alcoholisation
and CO2 recovery system was also invested.